Compromise or cost cutting in any of these will produce an inferior end product. When we talk about equipment that works in close proximity to your employees and handle things measured by the ton, you probably should do some research before it’s purchased.

The driving surface on a Brazos yardramp is diamond-deck steel plate positioned at each end to absorb impact as a loaded forklift truck enters and exits the incline/decline. The other part of the driving surface is steel bar grating. This allows debris, moisture or other traction robbing materials to fall thru and not hinder operations. The surface of the bearing bars are serrated for greater traction. Both the plate and the grating are sized to the capacity needs of the operation. This sizing is based on equipment type, equipment weight, product weight and usage.

The support structure is approximately 95% (by weight) structural steel. Some manufacturers use formed metal (sheet metal that is bent into a shape) because it is cheaper. When handling static loads an engineer can calculate the minimum shape/size required to, for instance, hold up a loaded pallet. However, when 4,000 to 20,000 lbs (and more) are traveling at varying speeds…when time is money…you better have been right. That is were structural steel kicks in as a load bearing material.

If formed metal was as strong as structural steel they would build bridges from it. They don’t.

Part of the what makes structural desirable in a ground to dock ramp is flex. I’m not talking spring-board, trampoline bounce. I am describing shock absorbing, impact reducing give and return. This slight movement, imperceptible as it is absorbs that shock without failure or damage. Many years ago when the difference between formed metal and structural steel was first explained to me…it ended like this. “If formed metal was as strong as structural steel they would build bridges from it. They don’t.”

Next week we will explain the Brazos design and how real world usage dictates it’s difference from it’s competitors. You need to know. 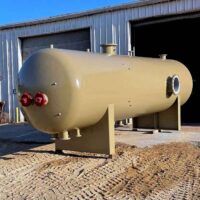 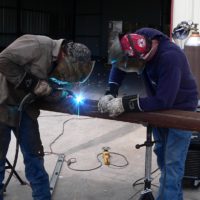